Head Into the Woods with the Phamaly Theatre Company

Last Thursday, my daughter and I were invited to see Phamaly Theatre’s production of “Into the Woods.”

We were pretty excited. I’ve been to other Denver Center for the Performing Arts productions before, but I hadn’t had the chance to see a Phamaly production.

If you’re unfamiliar with Phamaly, their vision is that every individual with a disability has the opportunity to participate in all aspects of high quality performing arts. The theatre company has several productions a year, plus workshops and classes for performers with physical, cognitive, emotional, or developmental disabilities.

Alexis and I were somewhat familiar with “Into the Woods” – we’d seen the movie starring Meryl Streep, James Corden, and a host of other stars a few years ago. But while movies are fun, there’s nothing like live theatre! I had also never been in the Space Theater at the performing arts complex, so it was interesting to see a new venue. I enjoyed the creative staging – it’s a theater in the round, so the actors perform to audience members on all sides. It felt very interactive, with performers entering and exiting on ramps throughout the theater, sitting and running on stairs, and popping out from the second story balcony at various points. And while the performances were great, we especially loved the singing. Jenna Bainbridge (Cinderella) has an amazing voice, and it was a treat to hear her sing.

We also talked about the plot. Before intermission, things seem to be progressing like you’d expect in a fairy tale – with a few hardships and trials…but everyone looked like they were headed for a nice, solid “Happily Ever After.” But after the break, characters began to come to terms with decisions they made in the first half of the story. You rarely think about whether the villains in fairy tales actually deserve their fate. What happens to their family members when they’re killed by the hero? What if those heroes bend the rules a little in the first place? It led to an interesting discussion on the way home after the show.

If you’re going to attend, I’d say the show was perfect for junior high age and up. It is two and a half hours long, so younger kids would likely get squirmy. But my daughter is twelve and really enjoyed herself.

If you want to learn more or buy tickets, you can do that here. “Into the Woods” runs thru August 5th. 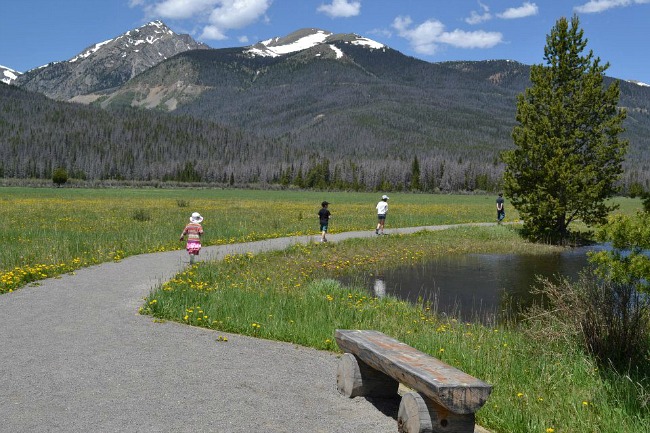 Sign up for our newsletter and get a free printable list of supplies to keep on-hand for Colorado summer adventures!

You’re signed up for the newsletter and you’ll get weekly tips for moms in Colorado!

I’m Laura. My husband Chris and I live in southwest Jeffco with our four kids. Favorite things include reading under huge fluffy blankets, running on occasion, and really terrible puns. Learn more.